3 early summer hikes to do around Europe 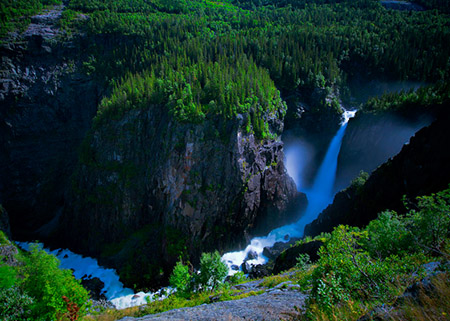 Thrilling peaks, deep fjords and dramatic wilderness, Europe is continent worthy of walking. City breaks and lazy beach holidays all have their place here, but the dramatic country landscapes are another world. Let your feet lead the way and get exploring – these three European hiking trails have something for everyone:

The view of the Bay of Kotor is one that never fails to elicit swoons and sighs – and it looks even better from above. Those that embark on the famous ‘Ladder of Kotor’ hiking trail are treated to panoramic vistas from more than 3,000 feet above the UNESCO-protected Old Town. It’s not a hike for the faint-hearted, with more than 70 U-turns following an old horse trail to the fjord, but the sights that surround you are worth the trek. Hiking the ladder during early summer means the climate isn’t scorching, but you’ll still need plenty of water and of course, a fully-charged camera. The hike can also be done from the top down if you’re not too keen on the ascent.

Once you reach the bottom, rest your wonderfully exhausted limbs at the award-winning Hotel Cattaro. In the heart of Old Town, the historic boutique hotel blends 18th-century charm with modern luxury, with remarkable views of Kotor Bay.

Home to the tallest mountain in Wales, Snowdonia National Park is a special slice of nature to enjoy on foot. Every year, hundreds of thousands of people take to the summit of Snowdon, hiking through forests, valleys, rivers and lakes on the park’s countless walking routes. One of the highest mountain ranges, Cader Idris, takes a full day to get to the top and back.

Located in an idyllic spot in southern Snowdonia National Park, Penmaenuchaf Hall is the perfect hiking base for your mountain adventure. Leave your car at the immaculate country house and explore the wonderful natural terrain that surrounds it. The foothills of Cader Idris stretch down to the hotel grounds, so you’re able to hike to the top of the mountain and back, just in time for locally-sourced dinner at the hotel’s Garden Room Restaurant.

Is there a greater gift than the gift of the sun? That’s exactly what Norsk Hydro gave to the people of Rjukan in 1928, when they paid for the Krossobanen cable car to be built. It whisks inhabitants of the sun-restricted Norwegian town up into the rays above, leading to what’s now called Solstien, or the Sun Trail. To take this enlightening route yourself, take Krossobanen, Northern Europe’s first cable car, to the foot of Hardangervidda. From here, follow a short gravel path until you see the first signs to Solstien. Soon, you’ll come to a stone-paved road, which makes for a pleasant walk down to the remains of ‘Kanonstillingen’ – German canon emplacements from World War II. You’ll want a camera ready at this point – the views towards Gaustatoppen, Vemork and Hardangervidda are mesmerising.

Another gift from Norsk Hydro is Rjukan Hotel Admini, an elegant Art Nouveau retreat just over a 40-minute drive away from the walking route. Founder of the company Sam Eyde had the beautiful wooden building raised in 1908 and it’s been a well-kept secret for many years, until now.

If you enjoyed this article, why not get the free Historic Hotels of Europe newsletter? …. Join us.

In bloom: gorgeous gardens and parks in Europe to visit this spring
May 12, 2022

We love the changing of the seasons! Here’s where to spend spring in Europe
March 9, 2022

Love is in the air: Your guide on how to celebrate Valentine’s Day in Europe
February 10, 2022