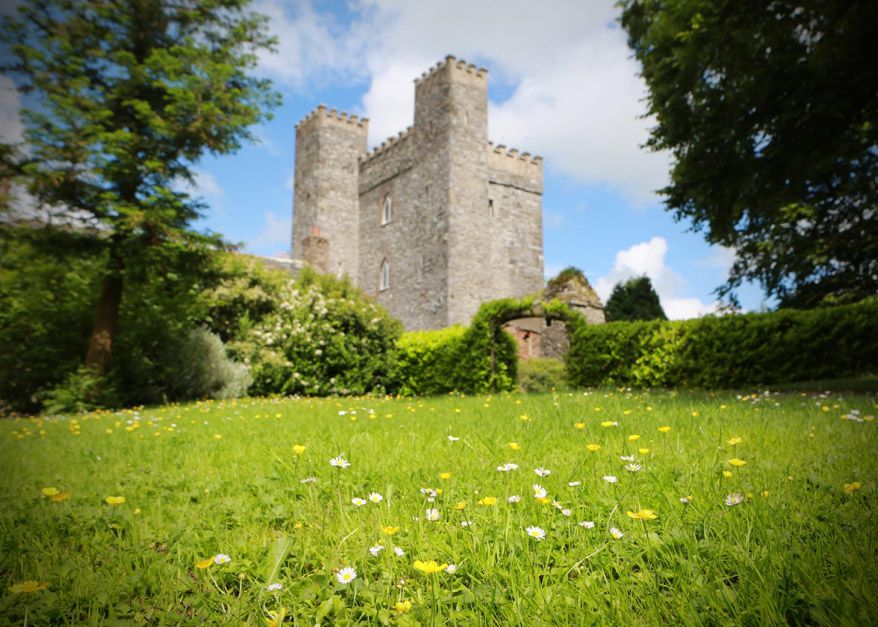 Less than half an hour from the heart of Dublin, in the thick of Ireland’s ancient east, Barberstown Castle sprawls over 20 acres of Kildare countryside. From medieval beginnings to rockstar owners, the castle walls bear more than 800 years of fascinating stories and distinguished guests.

Ireland’s Ancient East was a world of battles, betrayal and the fight for absolute power – Barberstown found itself in the middle of this political struggle, playing a huge part in the landscape’s 5,000 years of rich history. History buffs will enjoy exploring the castle’s intricacies and the stories they tell, from the inward-sloping walls of the keep to the curious ’Priest’s Hole’.

Today, the historic hotel is famed for its warm Irish hospitality rather than its fortresslike utility, offering a luxurious retreat from the stresses of modern life. Everyone from Lord Dunsany to Bob Dylan have stayed here, indulging in authentic Irish culture, dining on sublime cuisine and basking in the beauty of the pristine gardens.

If you’re choosing the castle’s ancient rooms as your home when in Ireland, you won’t have to travel far to admire fascinating architecture. Guests can marvel at the castle’s unique buildings, which transition from medieval Ireland up to and including a 19th century house.

Three different buildings make up Barberstown Castle, including a fortress battlement (Tower House) built in 1288, a fortified medieval residence and a heritage castle hotel. Its old-world elegance has been carefully maintained, with these Victorian and Elizabethan extensions sympathetically blended with the 13th century battlement.

A castle in the Land of Stories

Barberstown Castle was once a well-built fortress, built to protect the village and people of Barberstown from the attack of the Ui Faelain, a rebellious tribe who tried to burn the town (among others) back in 1310. The lawlessness got to a point where, in 1473, Laurence Sutton of Barberstown headed to the courts complaining that he’d been robbed of a sword and cloak.

Since its ancient beginnings, Barberstown Castle has had 37 owners, the most famous and recent being Eric Clapton. Each room is now named after the previous owners – something to keep an eye out for during your stay. Though it only opened its doors as a hotel in 1971, stories of the castle’s old-world inhabitants are legendary.

One dark tale illustrates the extreme lengths owners would go to in order to retain possession of Barberstown Castle – the story of the mysterious body in the tower.  It was stated that the lease on the castle would expire when the owner was ‘buried underground’ (i.e. death). If a lease ended, this usually meant an increase in rent, so, subsequent to the owner’s death, the owner was buried in the tower above the ground to ensure the family continued to hold the lease to the castle.

Today Barberstown Castle maintains the old Geraldine tradition of generous hospitality to all who enter. The owner has transformed the property, taking it from a 10-bedroom guesthouse with three bathrooms to a 55-bedroom four-star hotel and a member of Ireland’s Blue Book and Historic Hotels of Europe.

Barberstown is the ideal base to begin an immersive journey into the east, with locals who will revel in telling tales from time gone by. As well as Dublin, which is just 25 minutes from the castle, there’s Stone Age monument Newgrange to visit – which is older than both Stonehenge and the Great Pyramids of Giza. Don’t miss one of Ireland’s most famous attractions, the Rock of Cashel, and be sure to explore Castletown House – Ireland’s largest and earliest Palladian-style house.

Architectural dreams: 10 European castles you can actually stay in
May 23, 2018