The Cathar castles of France’s Languedoc

Today a poignantly romantic series of ruins, the Cathar castles of France’s Languedoc were once the focus of bitter battles between radical Christian rebels and the established Catholic church.

As the focus of a cultural tour, the Languedoc is bursting with riches: the Cathar castles nestle close to ancient Roman roads and ruins – as well offering diversions such as the Canal du Midi and sandy beaches rated among the finest in France.

The ancient castles are perched high on rocky outcrops and fortified with soaring walls of stone. The incredible efforts made to build them shows how important the area once was, which makes their current ruined state all the more moving to see.

The Cathars – religious revolutionaries – travelled from Persia, through the Byzantine Empire, the Balkans and Italy to Western Europe. They found a home in the Languedoc but the Catholic Church was furious about their teachings, seeing them as heretics. After mainstream clerics failed to convert them, Pope Innocent III launched a full scale crusade.

The historical stories may be bloody but today, the land around the Cathar castles is a hauntingly beautiful region – perfect for anyone wanting to escape from the hustle and bustle of modern life.

If you fancy a few days in Barcelona, the city would be a great starting point for a wonderfully scenic drive to the Spanish border and then beyond, via Port-Bou, Cerbere, Banyuls, Port-Vendres and Perpignan.

As you travel from Perpignan to Narbonne, many of the Cathar castles can be found in the countryside to the west, including the unmissable Château de Montségur.

Although the current castle was built after the Cathar period castle was destroyed, it’s still a fascinating place, partly because the older building was rumoured to have been the hiding place of the Holy Grail. In fact, rumours abound of a few Cathars making a daring escape from the siege, whisking the sacred relic to safety just before the fortress fell, the inhabitants slaughtered and the castle left in ruins.

From Montségur, continue north to Béziers, where you can stay in the charming former coaching inn La Bastide Cabezac.The hotel sits among vineyards and olive trees, just minutes from the beautiful and secluded beaches of Portiragnes and Serignan.

Béziers itself was the first to be attacked in the crusades against the Cathars, reaching the town on 21 July 1209. No-one was spared in the massacre and the town was burned down. As a result, nothing is left of the Viscounts’ Castle in Béziers, but the town still bears scars inflicted by the crusaders and it’s an important site for history buffs.

Béziers is a great base to explore the national park, haut Languedoc. Wander the walking trails through the wooded hillsides and be sure to visit the Châteaux de Lastours, four picturesque so-called Cathar castles, perched high on a rocky spur above the village of Lastours.

Head north-west to Cuq Toulza and check into the ever-peaceful Hotel Cuq en Terrasses. The former presbytery also sits on a hill, its eight rooms and suites overlooking a beautiful 12,000m2 garden and surrounded by wheat and sunflower fields.

Cuq Toulza is just 18km from La Pomarede, which was also besieged in the crusades – today there’s even a Michelin-starred restaurant within the fortress walls.

Even though the town’s history goes back about 2,500 years, encompassing Gauls, Romans, Visigoths and Saracens, as well as the crusaders, in 1849, the French government demanded the fortifications be demolished.

The locals objected fervently and the decision was reversed, with restoration work starting in 1853. By the end of the 19th century, the work was complete and in 1997 it was added to UNESCO’s list of World Heritage sites.

Stay at the Chateau de Floure, which sits on the old Roman road, the Via Aquitania. This beautiful spa hotel has wonderful country views and is just 10 minutes from Canal du Midi, where you can row, canoe, fish and boat, as well as cycling, roller-skating or hiking along its banks.

Before you jump on your plane home from Carcassonne airport, be sure to visit another nearby castle, the breathtakingly vertiginous Le Château de Puilaurens.

This mini tour of a lesser-known area of France will leave you relaxed, reflective and rejuvenated. 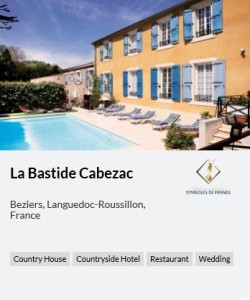 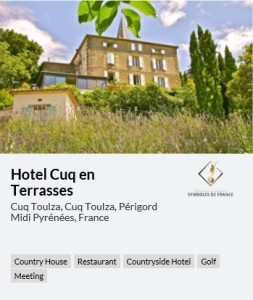 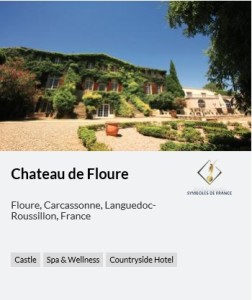 Where they kissed: Famous lovers and the locations that shaped their storiesDiscover Europe’s most celebrated film locations

From Tyrol to Tuscany: a foodie’s guide to gourmet Italy
July 4, 2017

From dragons to fairytales: A history of castles in Wales
April 24, 2017