Inside 15 Heritage Hotels in Europe 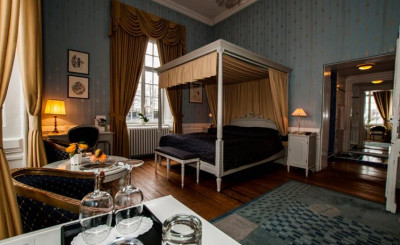 Heritage hotels in Europe have a special kind of magic. The sort that whips the weight of the world from your shoulders, transporting you into simpler times. Roaring fireplaces, centuries-old beams and time-warp details tell a million stories without whispering a word. Want a peek inside their historic doors? Come on in… 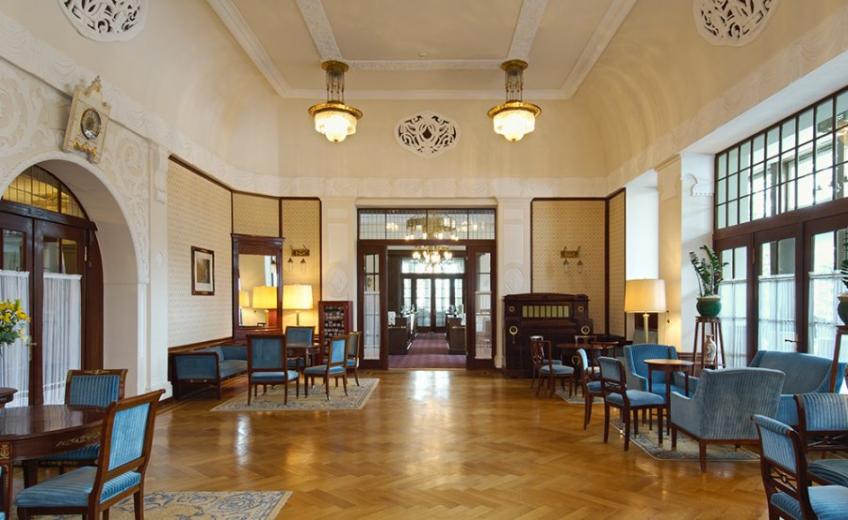 You’re not mad for thinking you’ve stepped into a Wes Anderson film: Waldhaus Sils is movie-style fantasy, come to life. Everyone from Bowie to Einstein has stayed here since its opening in 1908 and the award-winning stay has never lost its grand old spark. With five-star luxury and Sils-Maria as your playground, the worst part about this hotel is leaving. 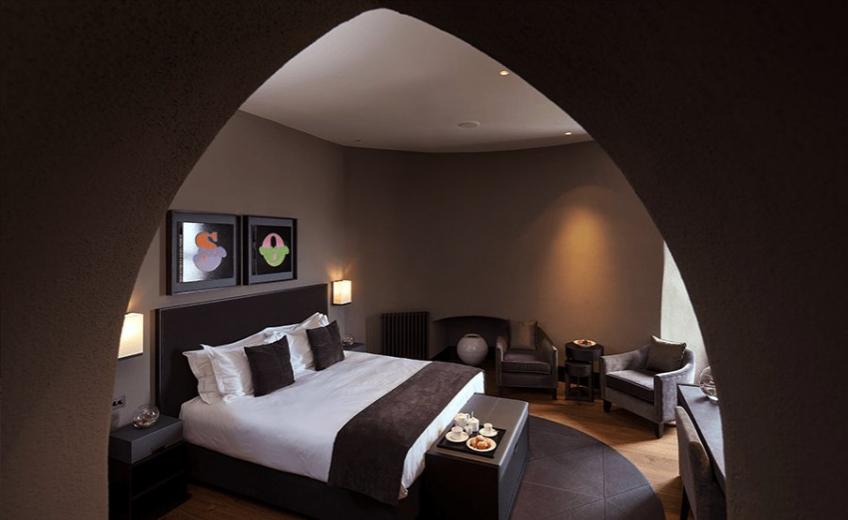 Amid the endless countryside of north-west Pembrokeshire awaits four-star Twr y Felin, a former windmill from 1806 and one of the prettiest heritage hotels in Europe. After a century of harvesting wind, the building was reinvented, becoming Wales’ first contemporary art hotel. Inside, the hideaway is filled with over 100 specially commissioned artworks by 20 Welsh, British and international artists. The award-winning stay overlooks Britain’s dinkiest city, St Davids, which has prospered since the sixth century alongside its historic cathedral. 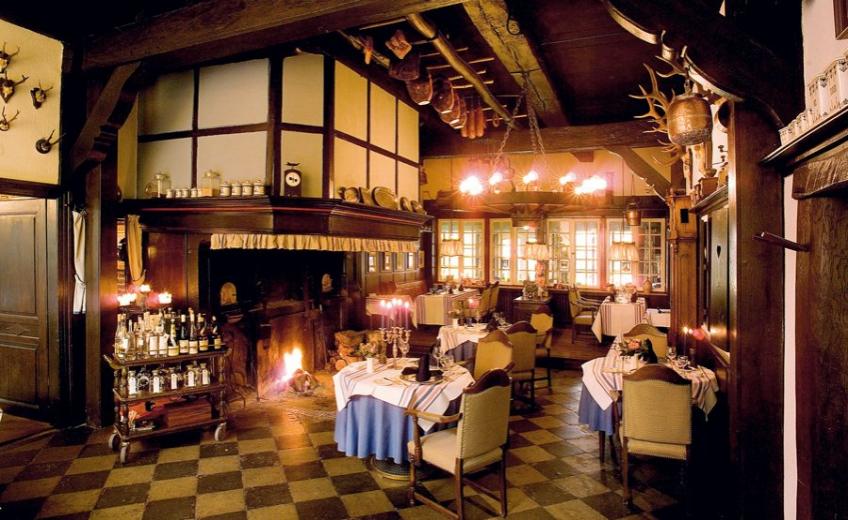 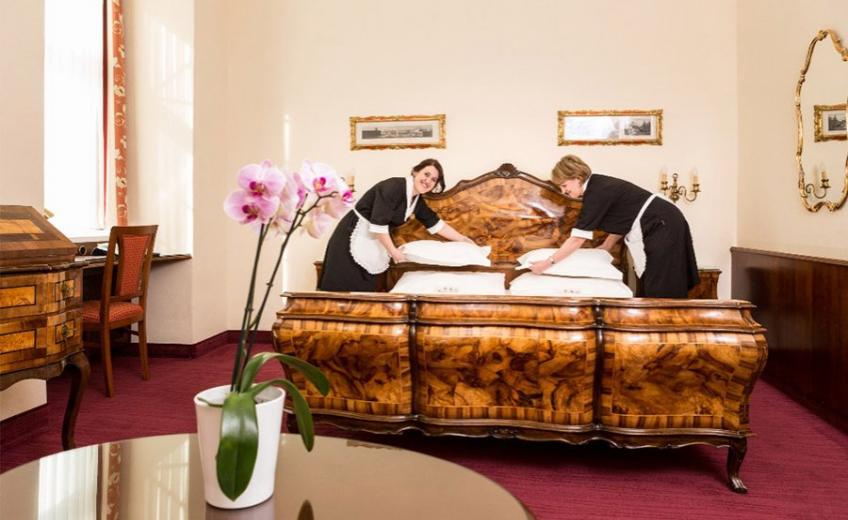 Four centuries of guests have dined and rested within the walls of Hotel Stefanie, the oldest hotel in Vienna and one of the most charismatic heritage hotels in Europe. A stay here immerses you deeply in the spirit of the past, thanks to stunning antiques, traditional furnishings and buckets of charming Viennese ‘Schmäh’. 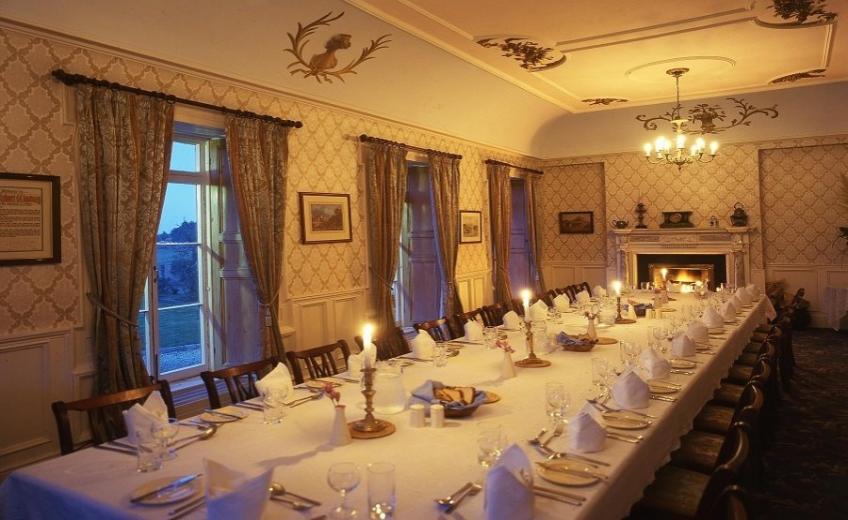 You can keep your super-deluxe, state-of-the-art pads: this old house in medieval Carlingford has more character than them all. It’s one of the oldest private heritage hotels in Europe, with 20 continuous years of awards under its Georgian belt. Built in 1727, Ghan House has been fully restored, with four-poster beds, chandeliers and old-fashioned furnishings throughout.

6. The Hand at Llanarmon: Wales 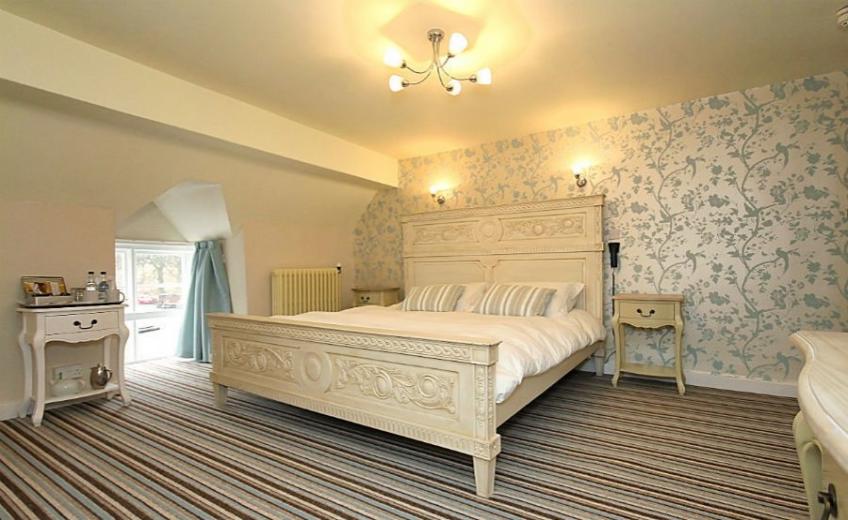 Calm and characteristic, The Hand at Llanarmon has all the ingredients for a perfect escape. You’re right in the sheep-laden countryside of North Wales, with many a fresh-air pursuit on your doorstep. You’re treated like family by your hosts, Jackie and Jonathan, who will welcome you into their cosy sanctuary of old beams, roaring fires, real ale and good-mood food. The guest rooms are elegant, with an emphasis on country chic simplicity: it’s impossible not to pounce on the cloud-like beds the moment you enter. 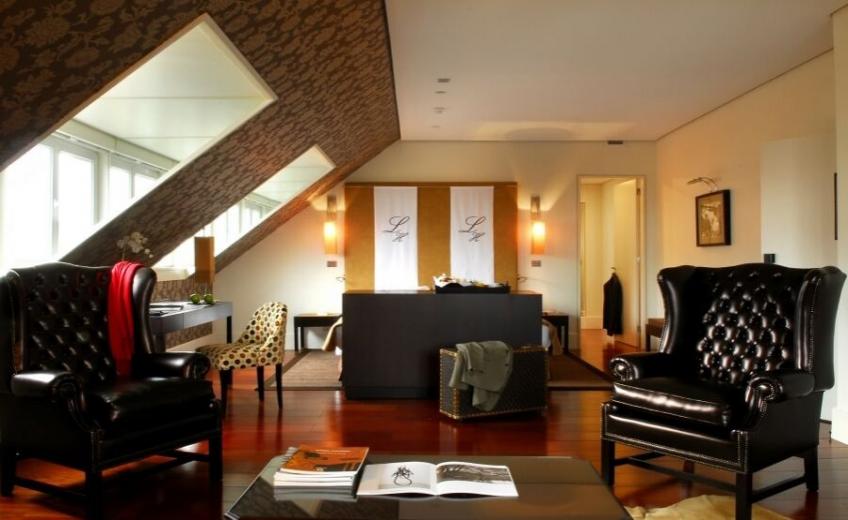 You’ll immediately fall for the blue façade of Heritage Avenida Liberdade Hotel. A waltz inside may surprise you: while its 18th-century soul is carefully retained, this Lisbon-based haven is brought to life with inventive design by daring architect Miguel Câncio Martins. 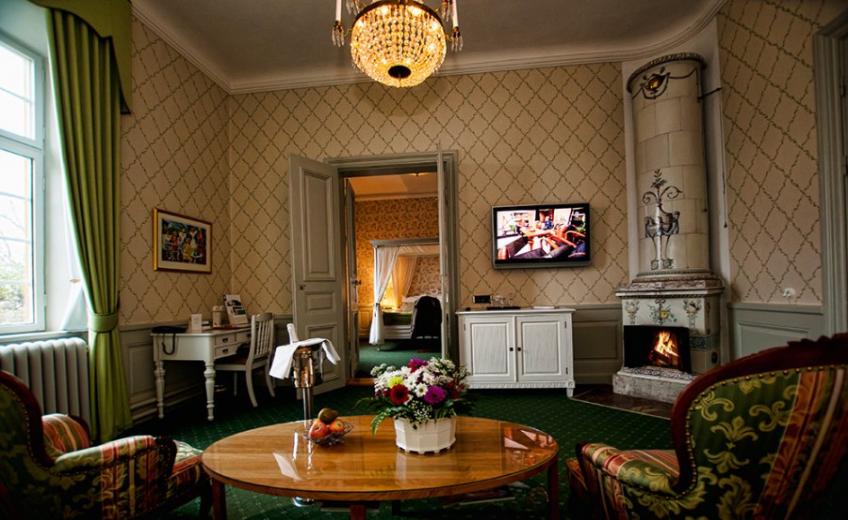 Clapping eyes on Gimo Mansion is a heartstopping moment. The 18th-century gem sits at the end of an impressive drive, hugging a serene pond reflecting centuries-old elm trees that surround it. Nothing is done by half here, from the luxurious drapes and exquisite four-poster beds in guest rooms, to the wine list as long as your arm in the candlelit restaurant. 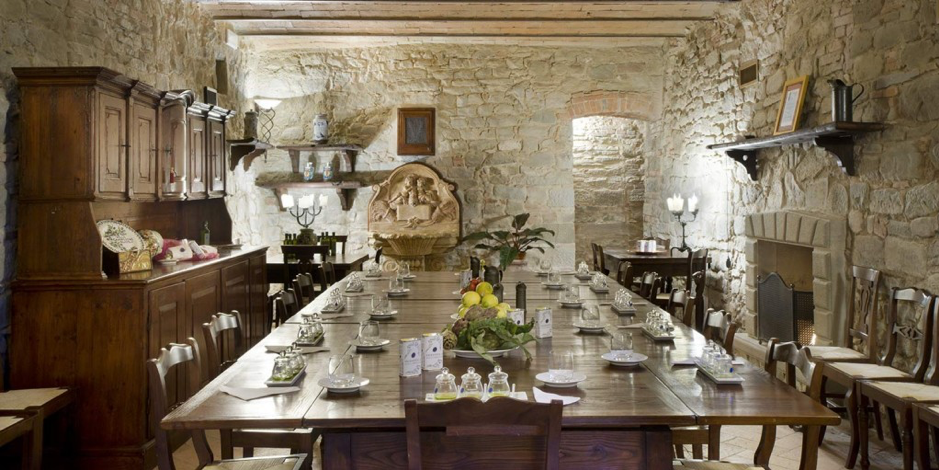 Dining at olive oil resort Villa Campestri is almost a religious experience, where virgin olive oil is, naturally, the star of the show. You can truly have your cake and eat it at this 18th-century country house: you’re in a rural retreat in 140 hectares of Tuscan parkland and yet within easy distance of charming old Florence. 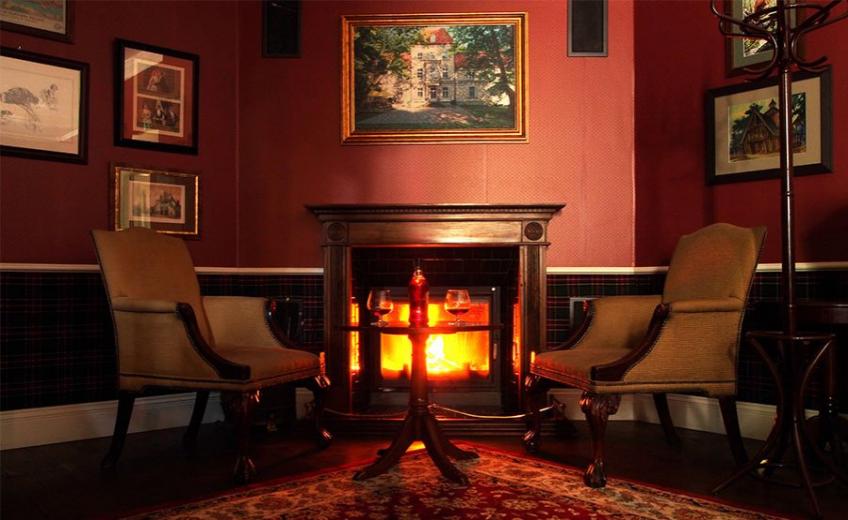 Huge but homely, Sierakow Manor is a peaceful retreat just south of Krakow. The 19th-century building has been gently restored, with traces of past life seeped into everything from its stonework and photographs to paintings and furniture. There are 30 rooms to pick from, decorated in quaint English style without any of the stuffiness. 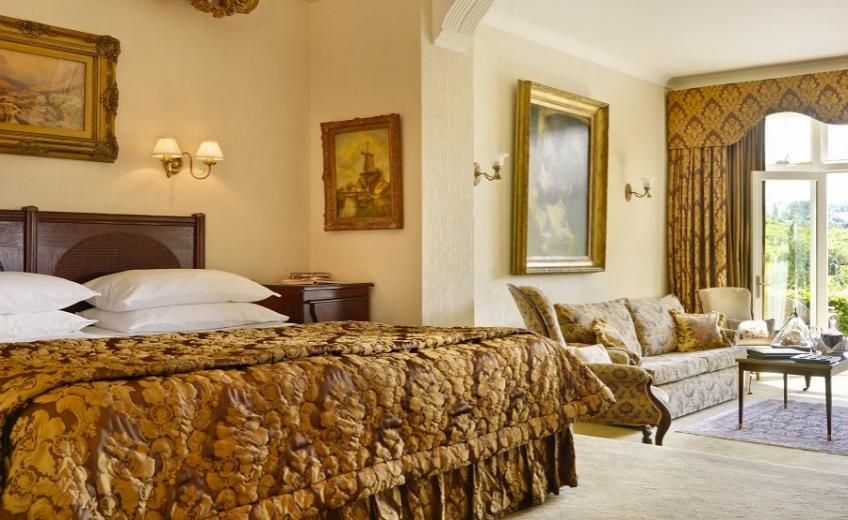 There’s an art to creating an intimate atmosphere, but heritage hotels in Europe nail it to a tee. Try Park Hotel Kenmare overlooking Kenmare Bay; it dates to 1897 and boasts suites with private verandas gazing over the sea. Surrounded by fresh-air scenes and home to a deluxe, award-winning spa, the building and your hosts feel like angels sent to revive tired souls. 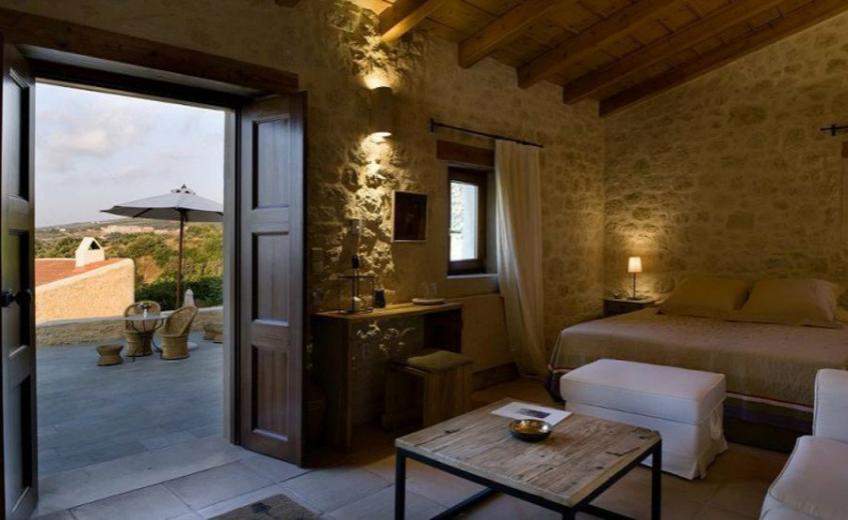 The joy of heritage hotels in Europe is that they’re completely out of the ordinary. Kapsaliana Village is no exception, settled in a village like no other in the location of the protected Arkadi Monastery Olive Press. There are 12 beautifully restored houses in the village and four new stays with identical architecture. Inside, expect a blend of rustic and modern decor: neural colours, organic materials and plenty of Cretan light make for heavenly surroundings. 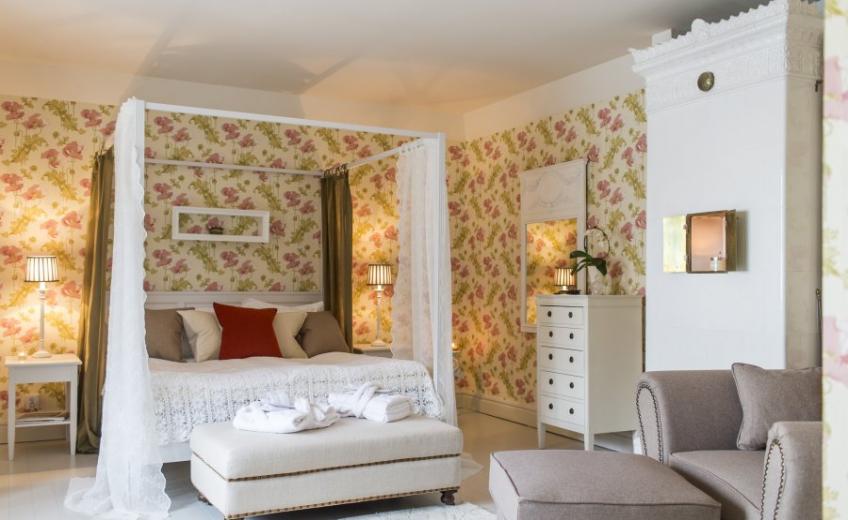 An oasis on the island of Värmdö, Fredriksborg Hotel is a dream stay for anyone visiting nearby Stockholm. Like all of our heritage hotels in Europe, the curious building has an interesting past: Fredriksborg fortress was built in 1721 to defend Stockholm from its enemies. Three centuries later and the astonishing interiors have been injected with exquisite style and character. From the white cotton sheets to pea-green bathroom tiles, it’s hard to believe this building is antique. 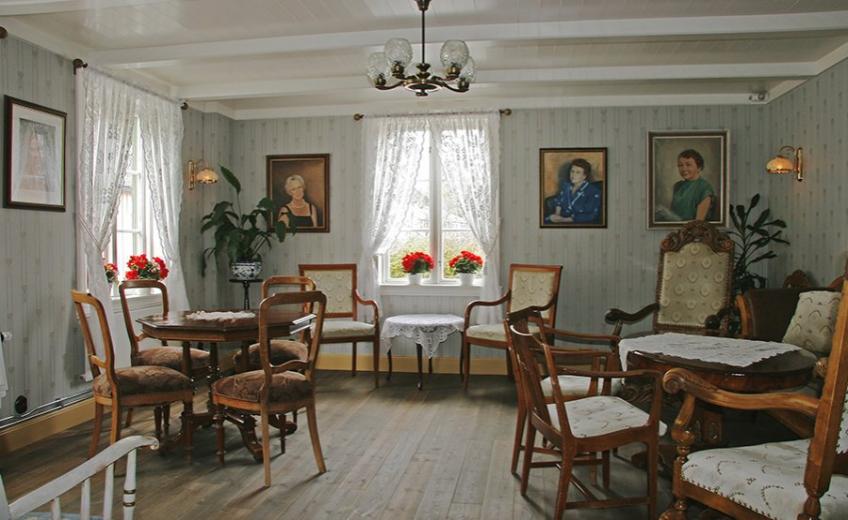 Established as a guesthouse in 1794, Fru Haugans Hotel is the oldest hotel in northern Norway. More than 90 years after, it was bought by Mrs Ellen Haugan and has remained in the same family ever since. The charming hideaway’s special ambience, period furniture and warm hospitality transport you back to those simpler halcyon days. 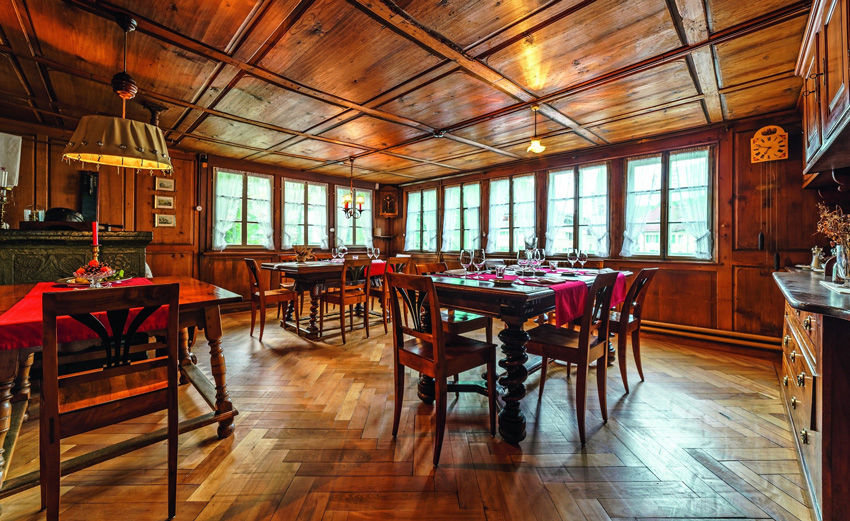 The ancient timber walls, ceiling and floor of the dining room at Hotel Stern & Post seem to echo and ricochet the ghosts of guests of the past. Talking of previous guests, this 18th-century inn has lodged everyone from Hans Christian Andersen to Johann Wolfgang von Goethe. One of the first Swiss post offices and now one of the most unique heritage hotels in Europe, this is the place to stay if you crave old-world splendour and romantic nostalgia. 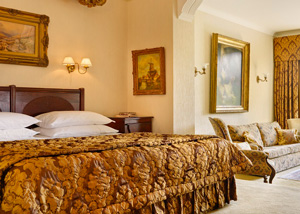 
Book your next escape online. VIEW ALL DEALS 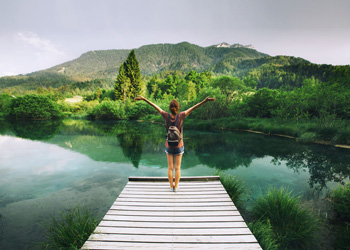 
Be in touch and SIGN UP NOW for our weekly newsletter. 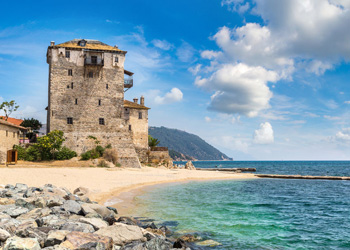 
Let us inspire you for your next escape. View the COLLECTION

No flights, no problem: Five perfect places to enjoy a local holiday
June 11, 2020

Three historic stories from some of our most magnificent hotels
May 13, 2020