Historic Hotels in The City 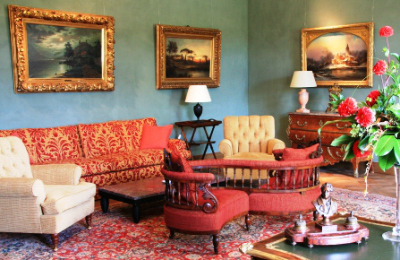 We have all been bombarded with sites promoting city escapes to the usual, Paris, Prague, Rome and other popular destinations but what about those that are less well known and perhaps, as or even more, beautiful?

Where are the best cities to visit that you wouldn’t necessarily consider in the first instance? Well here I would like to turn your attention to a few of my favourite city destinations that aren’t as well advertised but are simply splendid, historical and the ultimate locations to relax and enjoy during your city stay.

Lisbon
Portugal is a destination most famed for it’s beachside resorts and tourist hotspots. However, if you are seeking a refuge which is both historically significant and luxurious, the Hotel As Janelas Verdes is the perfect retreat. The hotel is an 18th century building said to have been the home of writer Eça de Queiroz. It is part of an old palace and is filled with wondrous artefacts and books for you to peruse and enjoy during your stay. You can enjoy delicious food alfresco in the sunlit garden and relax in the romantic atmosphere of this beautiful and opulent palace of historic and romantic indulgence.

Amsterdam
Another fantastic city to visit is Amsterdam. Most tourists will think of Amsterdam as a place of pot smoking and coffee houses which serve hash brownies. In actual fact Amsterdam has far more to offer you than this. The city is a 17th century paradise with some of Europe’s most stunning architecture and is home to some of history’s biggest stories such as:
• The story of Anne Frank – a story hauntingly important from an era which has had lasting effects throughout history
• Van Gogh – one of Impressionism’s most famous,loved and revered artists
• Amsterdam’s Tulip museum – tells the story of this world famous flower and how it came to be so loved
Apollofirst Hotel Amsterdam is located in one of Amsterdam’s highly regarded neighbourhoods within walking distance of not one but 3 museums, the Van Gogh, the Stedelijk and the Rijksmuseum. With a modern atmosphere in traditional surroundings, the hotel has a warm welcoming feel and contemporary interior. It is also one of the few hotels to boast its own theatre.

However, if Amsterdam isn’t quite obscure enough for you then you may want to consider somewhere a little further afield.
Eastern Europe is easily dismissed by many holiday makers, they opt for the more western parts like France and Spain. What many people will be surprised to discover is that there are some jewels to be admired in eastern Europe.

Trencin
Trecin is a city located in the country of Slovakia. The City is one of the oldest in Europe dating back to as early as the 11th century. You will find stunning architecture and beautiful surroundings in this wonderful cityscape. It is located near three carpathian mountain passes which have made the city an important crossing point for many merchants throughout history. Because of this strategic importance and the coming together of many cultures, you will find that much of the city features an eclectic mix of greek, roman and religious buildings.

There are many great hotels to stay in during your time in Trencin but a stay at the Hotel Elizabeth is to be recommended. The hotel is a superb mix of historical charm and modern opulence. While the building retains much of its former historical features, it has been lavishly renovated with all the modern luxuries you could want. The perfect place to rest your head after a long day exploring the historically packed streets.

If history, elegance and grand luxury are the ingredients to the perfect getaway for you and your loved one start planning your stay with us today.

Instagrammable places to put on your bucket list
April 29, 2021