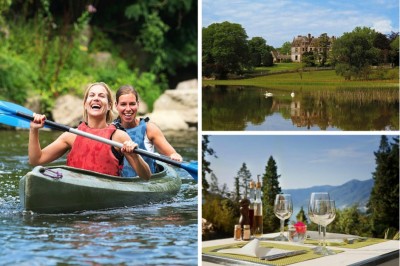 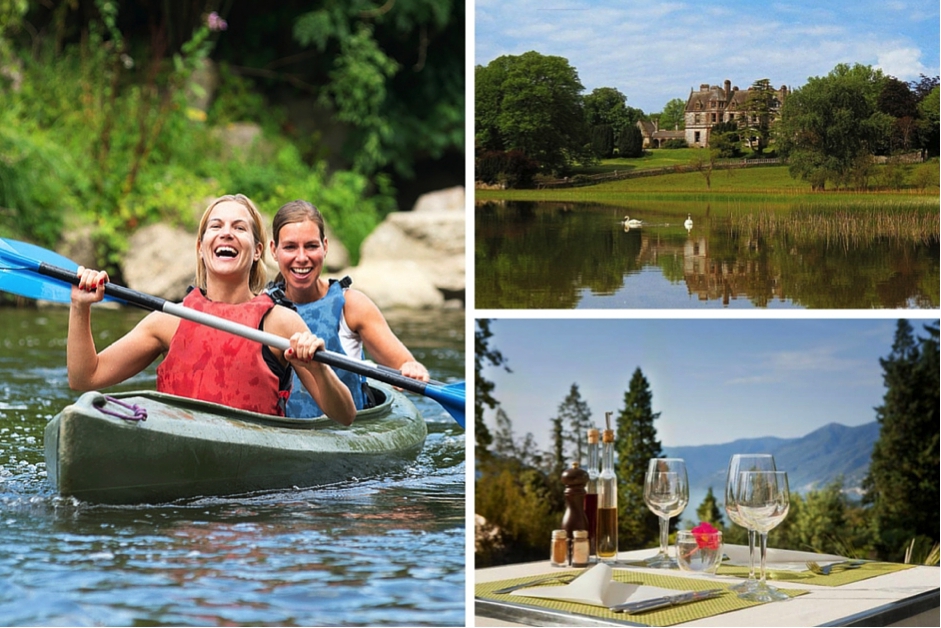 From sailing the crisp blue lakes of Switzerland to thrilling waterfall kayaking in Wales, Europe is a goldmine for water sport enthusiasts.

And what a finer way to complement your lakeside activities than staying in some of the most beautiful historic hotels? Here are four of our favourites.

It doesn’t much more majestic than the Low Tatras – the largest (and most beautiful) mountains in Slovakia. Though best known for skiing and other wintery activities, the lakes of the area are hugely underrated.

Come summer, Liptovská Mara is a holy grail for water sports. The massive reservoir is perfect for swimming, fishing and sailing. On its shore lies Havránok, an ancient archaeological site from the Iron Age and early Roman period.

Where to stay: The largest lake in the Low Tatras ic called Vrbické pleso, under the peak of Chopok. The Hotel Mikulášska chata Jasná sits closeby – a unique 3 star mountain hotel complete with classic Tatra architecture and heaps of old world charm.

After a day of wild swimming, completely indulge in the hotel’s fabulous amenities: relax in the luxuriously modern spa, get competitive with a game of bowling or simply enjoy the view of the breathtaking Low Tatras. 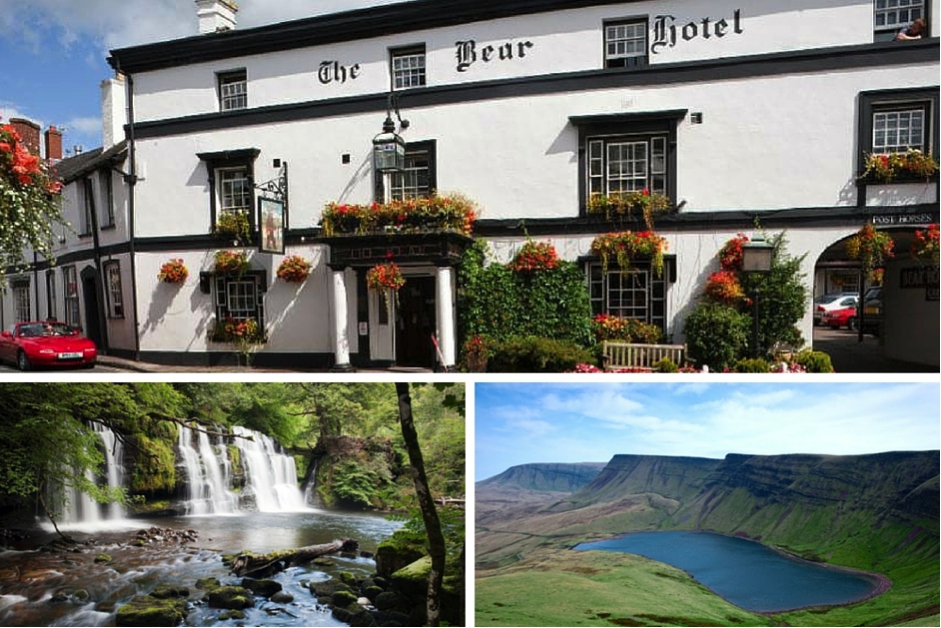 Whether your taste is for paddling canals and reservoirs or extreme kayaking over cascading waterfalls, the Welsh waters of the Brecon Beacons National Park are the place to go.

The long history of the Brecon Beacons is evident everywhere you go – and the place is bursting with myths, mysteries and that unique Welsh culture.

Where to stay: The Bear Hotel, Crickhowell, is the perfect base to explore the Brecon Beacons National Park. The former coaching inn has been welcoming guests for 500 years – more recently, celebrities including Johnny Depp and Gordon Ramsay have stayed within its old world rooms.

Think cobbled forecourts, oak beams, wood floors and open fires – the Bear is the type of Welsh inn you dream of but rarely find.

The bar features ancient low beams, antiques and a roaring log fire during the cold winters. There’s also delicious, fresh food to revive hungry guests after a day on the water.

The hotel rooms though, feature all the modern comforts a luxury-loving traveller could need, individually designed and furnished with care.

For more land-based activities, Tretower Court and Castle and famous ‘town of books’ Hay-on-Wye are just a short drive away. 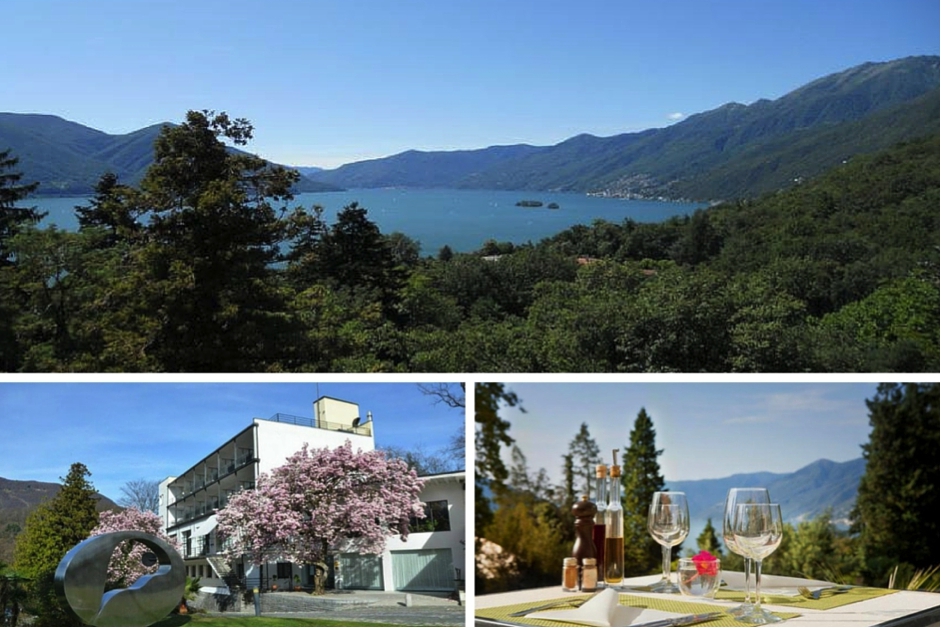 Lake Maggiore, the largest in southern Switzerland, is a mecca for watersports enthusiasts – especially if you love to sail against a backdrop of mountains thick with lush green forests.

Although canoeing, kayaking, rafting and water skiing are available, explorers will love to book a scuba diving trip with Dedalus Divers and venture down to the famous wrecks that fell victim to the powerful waters of Lake Maggiore.

As well as the wreck of the Milano, site of a record-breaking deep lake dive, there’s plenty to see within the depths – although you’ll no longer find one of best-known inhabitants of the lake. A rare 1925 touring Bugatti was pushed into the water by a frustrated tax official in 1936 and was only retrieved in 2010 – the rusted remains sold at auction for a staggering £227,000.

Where to stay: Overlooking the stunning Lake Maggiore is the equally fascinating Albergo Monte Verità. Founded by idealistic naturalists and vegetarians in 1927, the Bauhaus-style retreat is now a glorious hotel, complete with Japanese tea house with a Zen garden.

Be sure to allow enough time to stroll around the magical gardens, full of exotic plants. The pathway known as Chiara’s Rainbow gives visitors awe-inspiring views of the Ticino valleys and Lake Maggiore from four breathtaking panoramic viewpoints. 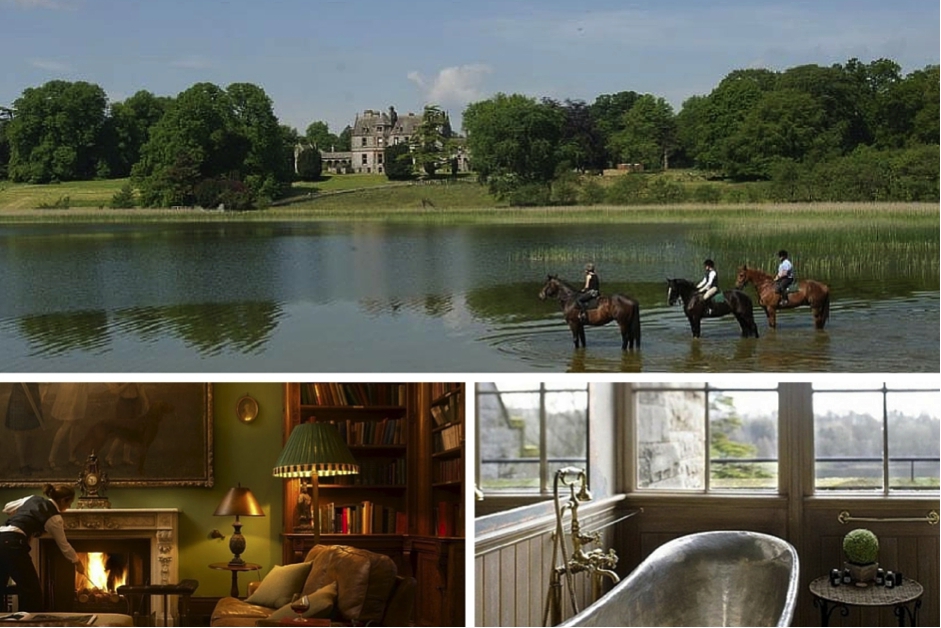 Want to stay in one of the finest luxury hotels in Ireland and get your watersports fix? Head to County Monaghan. Anglers from around the world flock to its fine loughs and waterways – and the watersports arenas are just as popular.

Wakeboarding and waterski lovers will love Lough Muckno Waterski & Watersports Centre. Located in the beautiful Muckno Forest Park in Castleblayney (around 100km from both Dublin and Belfast) it’s the most natural site of its kind anywhere in Ireland.

Quality is top notch here – Lough Muckno has hosted national and international competitions. The explosive growth in the popularity of wakeboarding means the club is fully equipped with a dedicated world class wakeboard tow boat, with a full time driver and coach on site.

If family members don’t want to take to the water, they can simply enjoy the spectacular view of the lake and skiers and scenery from the club’s huge viewing deck.

Where to stay: Less than a 30 minute drive away is Castle Leslie Estate – the last great Irish castle estate still in the hands of its founding family. The sparkling lakes and 1000 acres of charming Irish countryside – as well as the beautiful castle itself – are imbued with fascinating, rollicking and often hilarious stories of the Leslie family.

The family can trace its ancestry back to Atilla the Hun and their subsequent legends encompass royalty, religion and rock stars. The first Leslie was protector of Margaret Queen of Scotland, another defeated Cromwell’s forces at the Battle of Raphoe. The Leslies even claim the Duke of Wellington wouldn’t have won the Battle of Waterloo without them. But you’ll have to visit the castle to hear the full version of that story.

Even though the grand estate is now a hotel, spa and popular wedding venue (Paul McCartney and Heather Mills married here in 2002), each of the main rooms resonates with stories of the Leslies and their famous guests. A young Mick Jagger barely got out alive when a posse of convent school girls discovered he was there and gave chase.

Stay in the castle rooms and you are staying in the very rooms that hosted royalty, aristocrats, ambassadors, literary greats and, judging by the stories, generations of extremely naughty and mischievous Leslie children.

Fine dining, horse riding and a luxury spa; it’s all at Castle Leslie. There may not be time for much waterskiing after all.

Boost that break: The best spring holidays for shoppers, golfers, foodies and culture fansFoodie foraging in Europe – and what to do with your spring harvest

9 stunning golf hotels where the grass truly is greener
October 19, 2019